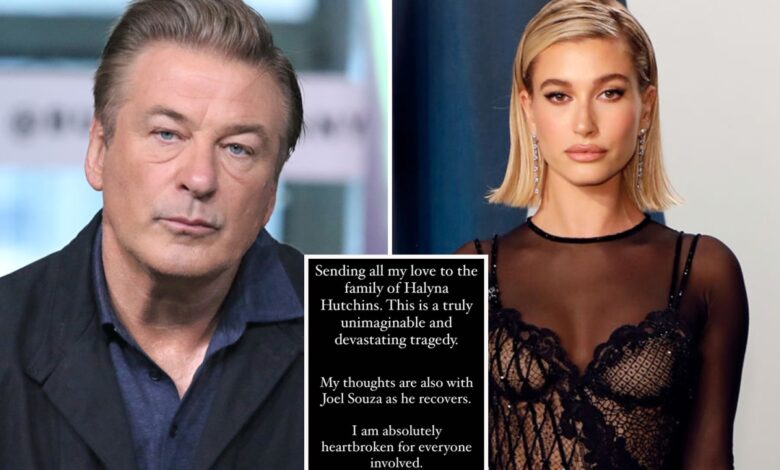 Looks like Alec Baldwin has the support of his family. Hailey Bieber released a statement in reaction to the horrific event that happened on the set of her uncle Alec Baldwin’s film.

Hailey went to Instagram Stories on Friday afternoon (October 22) to express her sympathies to the victims of the unfortunate tragedy.

“Sending all my love to the family of Halyna Hutchins. This is a truly unimaginable and devastating tragedy,” she wrote. “My thoughts are also with Joel Souza as he recovers. I am absolutely heartbroken for everyone involved.”

As per Entertainment Tonight, Alec fired a prop pistol on the set of his film Rust on Thursday, killing cinematographer Halyna Hutchins and injuring director Joel Souza, who has since been released from the hospital.

However, it’s unknown how the event happened or what happened when the fake pistol was fired. Alec was allegedly questioned by detectives at the Santa Fe Sheriff’s Department on Thursday.

According to ET, after answering questions, the actor was pictured outside the sheriff’s station, and he was allegedly in tears as he chatted with someone on the phone. Meanwhile, Alec Baldwin also opened up on the tragic incident.

“There are no words to convey my shock and sadness regarding the tragic accident that took the life of Halyna Hutchins, a wife, mother and deeply admired colleague of ours,” Baldwin tweeted, adding that he has been “fully cooperating with the police investigation” to address the root cause of the tragedy.

In his Twitter thread about the unfortunate accident, Baldwin mentioned being in contact with Hutchin’s loved ones for showering them with his support in this difficult moment. “I am in touch with her husband, offering my support to him and his family.

My heart is broken for her husband, their son, and all who knew and loved Halyna,” he penned. Meanwhile, Baldwin has been freed without charge as of now after being questioned.