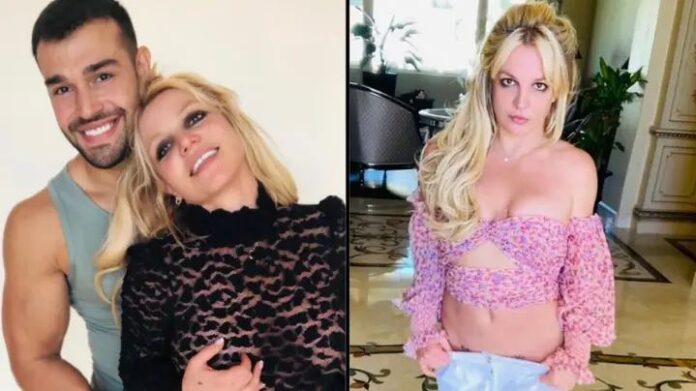 Britney Spears’ son Jayden, 15, has spoken out to reveal why he has cut off contact with his pop star mum… and the ‘Oops!… I Did It Again’ singer is not impressed.

Spears’ youngest son will speak out in an interview with ITV on why he and his brother, 16-year-old Sean Preston, missed their mom’s June wedding to Sam Asghari.

In clips already seen by the media, the 15-year-old told interviewer Daphne Barak that it ‘wasn’t a good time to go.

“I’m not saying that I’m not happy for her. I’m really happy for them, but she didn’t invite the whole family, and then if it was just going to be me and Preston, I just don’t see how that situation would have ended on good terms,” Jayden explained as per The Sun.

Spears’ youngest son went on to tell ITV that he believes the relationship with his mum can be fixed.

“It’s just going to take a lot of time and effort. I just want her to get better mentally. When she gets better I really want to see her again,” the teen said, according to The Sun.

“At the same time, she should come to the realization of whatever it is that stops her from loving her family.”

She addressed her son directly while calling out her ex-husband and other members of the Spears family.

“I’ve tried my best at being the best person I can be,” Spears said.

“Finally at 40 without the restraints of what my family did to me … I say to my son Jayden that I send all the love in the world to you every day for the rest of my life.”

The pop star added that her love for her children ‘has no boundaries and it deeply saddens me to know his outcry of saying I wasn’t up to his expectations as a mother.

“Maybe one day we can meet face to face and talk about this openly. Maybe, dear child, YOU can explain why our family would do that to anyone.”

Australia’s 60 Minutes will also air an interview on Sunday (September 4) with Spears’ ex-husband Kevin Federline and their two children.

Jayden’s ITV interview is set to air in the UK on Friday (September 2).