Britney Spears Responds To Critics After ‘Fatphobic’ Comment Regarding Christina Aguilera On Instagram, But Is It Enough? 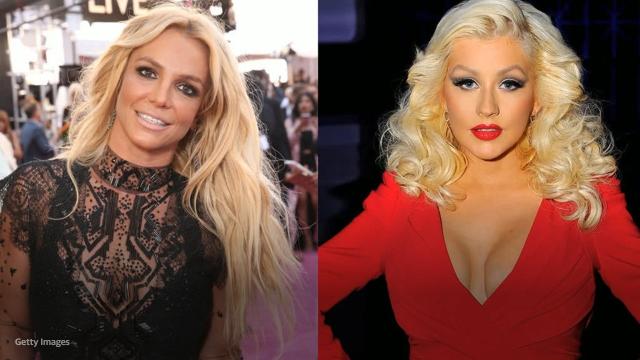 Britney Spears is getting heat online for her recent comments on Instagram.

Late Monday, the “…Baby One More Time” singer gave her thoughts on body image via the social media app, sharing a picture of a quote by comedian Rodney Dangerfield that read: “I found there was only one way to look thin: Hang out with fat people.”

In the photo’s caption, Spears brought fellow pop star Christina Aguilera into her musings, saying, “I wish I could have chosen the nannies for my children … my dancers … I mean if I had Christina Aguilera’s dancers I would have looked extremely small… I mean why not talk about it ??”

She continued, “Don’t you think my confidence would have been a bit better if I could choose where I lived, ate, whom I called on the phone, dated and who was on stage with me !!! It’s hard sometimes now I see how much of my womanhood was stripped away at that time and every person sat back and didn’t say a thing !!!”

The 40-year-old singer additionally made a point to note that she will use her Instagram for self-expression and “will be here talking bout things people NEVER talked about !!”

While Spears partially used the post to discuss her trauma, fans in the comments section informed her that her caption read as body shaming toward Aguilera and fatphobic in general and requested that she delete the post.

One commenter wrote: “Oof. Love Brit – but this was in bad taste. Body shaming to make yourself feel better is not where it’s at,” while another fan added, “I agree with your caption but sorry Britney, this post itself is very fatphobic. Not cool.” Plus-size model and body positivity activist Tess Holliday also shared her two cents, adding, “Oh no girl this ain’t it.”

In Spears’ next post, a fan wrote, “Use your freedom for good, not for body shaming Christina, you know, the girl you grew up with and who has shown public support for you.”

Following the backlash, Spears made a separate post explaining that she did not intend to pass judgment on Aguilera’s body in her post and claims that she has nothing but support for her.

“By no means was I being critical of Christina’s beautiful body, it is what it is !!! I flew to see her show once and the main thing I noticed was the difference of our people on stage !!! By no means did I even mention Christina, look at my post !!!” Spears exclaimed. “I was inspired by her show and she is a beautiful woman of power … Thank you @xtina for inspiring me !!!”

The “Stronger” singer also noted that she struggles with her own body image and, as such, would not intentionally shame anyone else for their physical appearance.

“To be honest, I’m not trying to be critical of anybody. What I posted is a projection of the insecurities I deal with all the time as a result of how my parents and the media have treated me … I would never intentionally body shame anybody because I know what it feels like …

I struggle with this because of how I feel about myself, not because I hate how anybody looks,” Spears added. “I feel like my family knew I was insecure and people were trying to purposefully feed into this insecurity by not letting me have a choice in the people who were on stage with me. I appreciate you all being understanding with me as I figure out this new life I’m living !!!”

The singer’s original post remains on her Instagram page as of press time. Read it in full — and see the comments — below.