GamesChowkPolitical, Royal, Games and Health News
HomeNewsCarrie Underwood and Mike Fisher's 'awkward' photos from the past are too...
News 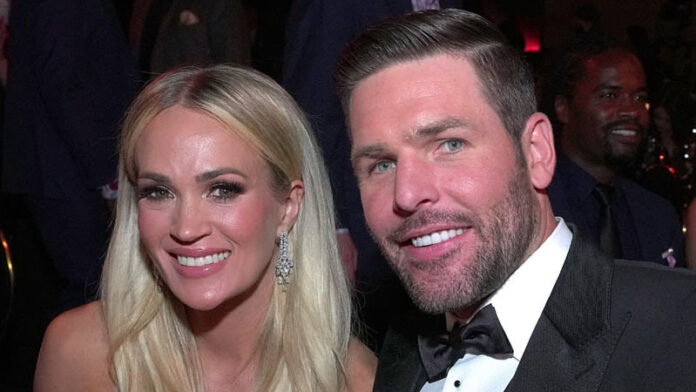 As an A-list star and a celebrated athlete, it’s hard to imagine Carrie Underwood and her husband Mike Fisher looking anything but red carpet ready.

But before they were famous, both the country music singer and ice hockey sensation were regular teens attending high school.

The pair are now proud parents themselves to their two young sons, Isaiah and Jacob, however, they were kids once themselves.

Carrie previously delighted fans with a walk down memory lane when she posted side-by-side images of herself and Mike pre-fame.

The mom-of-two sported long, blonde, frizzy tresses and looked timidly at the camera.

Mike wore his hair in a short, bowl cut as he proudly displayed a medal around his neck.

Carrie then shared a snapshot of them all grown up and wrote a heartfelt caption that read: “Hey you two crazy kids.

Believe it or not, someday you both will become (slightly) less awkward, you’ll grow up to have pretty cool jobs, you’ll meet backstage at some girl’s concert, fall in love, get married, have two amazing boys, and live happily ever after. I love you and I thank the good Lord that He brought those two kids together.”

Fans shared shocked face emojis and heartfelt words as they called them “adorable,” and added: “I love this.”

The pair welcomed their first son in 2015, Isaiah, and their second son Jacob was born in 2019. Mike retired from hockey in 2018 however Carrie is still performing and touring, most recently releasing her ninth album Denim and Rhinestones.

While she travels all over the globe, Carrie recently revealed that she’s happiest when she’s at home in Tennessee with her family.

“I don’t go places…on my own, if it is left up to me and my devices, I would just be a little homesteader and just stay home and do nothing. I shouldn’t say do nothing, I am actually very busy when I am at home, but it is chores, I am doing chores.”

She added that she loves being in the garden: “I love to garden, we have chickens. I am always cleaning something or laundering something, I have two messy boys and one for some reason likes to change their wardrobe, he will wear three or four outfits in a day.”

Share
Facebook
Twitter
Pinterest
WhatsApp
Previous articleGwyneth Paltrow leaves fans on the edge of their seats as she reveals an unexpected new venture
Next articleEllen DeGeneres and Portia De Rossi mark their 14th wedding anniversary, ‘It’s good to be loved