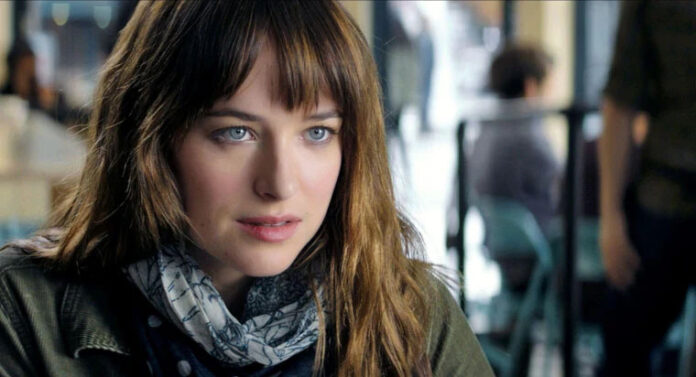 Dakota Johnson has publicly called out her mom Melanie Griffith for sharing photos of her on social media without her consent. Although the 33-year-old actor, who is best known for her starring role in Fifty Shades of Grey, is no stranger to the camera and does have her own social media profile, she is pretty low-key when it comes to her online presence.

It’s no wonder then, that she had a few words to say about her mom’s decision to share snaps of her online. Speaking to James Corden on The Late Late Show With James Corden in mid-January of 2022, the actor opened up about her frustration, especially when she finds out her mom – who has half a million followers — has shared a throwback to Instagram.

“I don’t like it, but I also don’t go on social media, so I don’t find out about it until it’s really baked into the Internet, and somebody will send it to me like, ‘Oh, you were so ugly — or you were so cute, when you had braces and a slicked back ponytail’,” she told the host.

But, like most kids, Dakota has had her fair share of cringe moments when it comes to her parents. “My mom is the most amazing person, but she embarrasses me in front of a lot of people,” the actor recalled, before revealing her mum once called her out in front of her crush when she was just eight years old. “I was across the airport behind a plant,” Dakota laughed, admitting that she tried her best “to be invisible.”

“It was obvious, I was very visible,” she added. “I couldn’t hide behind the plant… it wasn’t like a tree.”

We’ve all been there, right?

Share
Facebook
Twitter
Pinterest
WhatsApp
Previous articleBritney Spears Posts Video From The Shower To Declare She Changed Her Name To ‘Brooklyn’
Next articleJohnny Depp’s Net Worth: How Much The Divorce With Amber Heard Cost Him