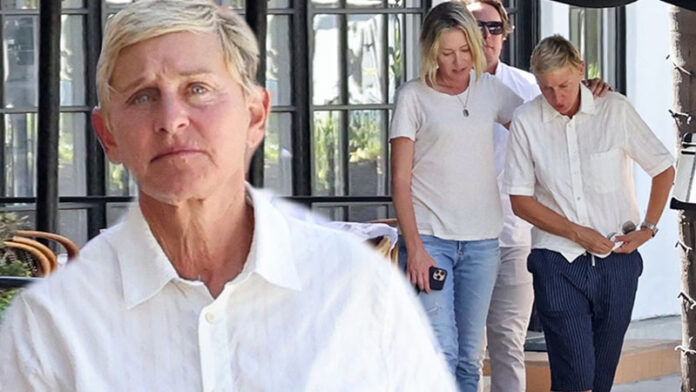 Ellen DeGeneres has been photographed for the first time since the tragic death of her ex Anne Heche. On Wednesday, the couple was spotted in Montecito, CA, having lunch with girlfriend Portia de Rossi.

Rightfully so, they seemed to be a bit overwhelmed by the paparazzi capturing their every move. It seemed like Rossi comforted the host, putting her hand around her shoulder.

DeGeneres and Heche were no longer in touch at the time of her death, but since they dated from 1997 to 2000, people have been interested in how she is doing during this difficult time.

The actress passed away from her injuries sustained after an August 5th car crash. The Donnie Brasco actor reportedly crashed her car into a Los Angeles home and it became engulfed in flames.

Three days after the crash, DeGeneres talked to the Daily Mail, who asked how Heche was doing. “We are not in touch with each other, so I would not know,” she said. “I don’t want anyone to be hurt.”

Heche was declared legally dead by the state of California on Friday, August 12 but remained on life support until Sunday. “This is a sad day,” DeGeneres tweeted. “I’m sending Anne’s children, family, and friends all of my love.”