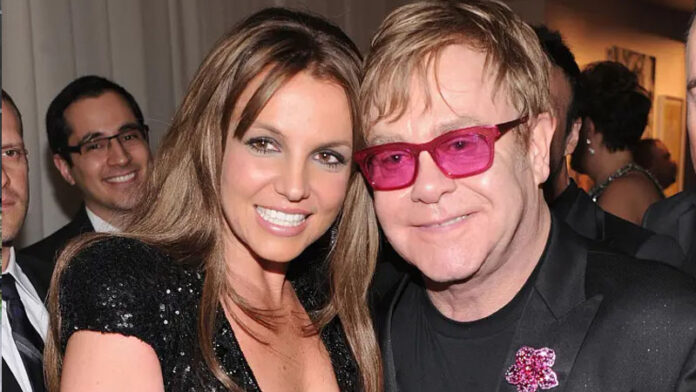 The British musician, 75, shed some light on working with Spears, 40, as well as the grand finale of her conservatorship that she was forced to endure for 13 years.

“It’s hard when you’re young. Britney was broken. I was broken when I got sober,” John told the Guardian in a profile published Thursday.

The “Tiny Dancer” crooner had previously struggled with drug and alcohol addiction and has been sober for more than three decades.

“I was in a terrible place. I’ve been through that broken feeling and it’s horrible,” he continued. “And luckily enough, I’ve been sober for 32 years and it’s the happiest I’ve ever been.”

John said he feels his ability to overcome the trials and tribulations of life in the spotlight enables him to help other stars.

“Now I’ve got the experience to be able to advise people and help them because I don’t want to see any artists in a dark place,” he said. “A lot of artists, you’d think they’d have a lot of self-esteem but they don’t, and that’s why we go onstage and we get the applause, and then we come offstage and we’re back to square one.”

The “Toxic” singer released her last album, “Glory,” in 2016 and got back into the studio shortly after her wedding to Sam Asghari in June.

John and the “Crossroads” actress first met in 2013, at his AIDS Foundation’s infamous Oscars viewing party.

“She just put out incredibly brilliant records,” the “Candle in the Wind” singer said about Spears’ albums. “She sang and danced so beautifully.”

The father of two also believes that recording “Hold Me Closer” and its release will give Spears “so much more confidence than she’s got already and she will realize that people actually love her and care for her and want her to be happy.”

He added: That’s all anybody in their right mind would want after she went through such a traumatic time.”

John then labeled himself as a mentor for younger artists in the music game, and said he feels that the next generation can ask him for guidance when they need it.

“It’s very hard for young musicians today to jumpstart a career,” he said. “But I’m Uncle Elton. They can phone me.”