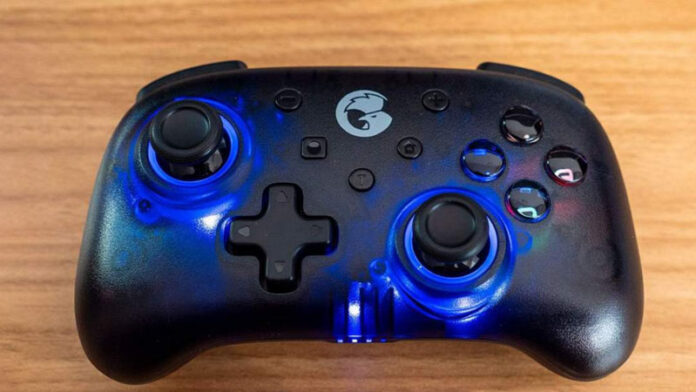 Gaming saw a big uptick in the past two years, partly thanks to new consoles and partly due to the COVID-19 pandemic. It was a great time not just for games and consoles but also for gaming accessories that diversify the market with more options, particularly when it comes to input controls like keyboards, mice, and, of course, controllers.

With many people going mobile again, the need for more portable accessories has also become more apparent. The GameSir T4 Mini is part of that new generation of controllers that has mobility at its core, and we take it for a spin to check whether or not it makes some compromises along the way to achieve its goals.

The GameSir T4 Mini, as the name suggests, is a smaller version of the gamepad maker’s GameSir T4 Pro, which, in turn, is designed to be an alternative to Nintendo’s first-party Switch Pro controller. Looks can be deceiving, as they say, and the T4 Mini actually packs quite a lot inside and then some. In fact, it even surpasses its older Pro sibling in at least one aspect.

That smaller size has a lot of benefits with very few drawbacks. It’s easy to slip into a bag or even into a large pocket, making it convenient to take with you anywhere you go, especially if you’re using it with a smartphone. It will definitely be a hit with kids or people with smaller hands, but it’s comfortable to hold and use for most people.

Its compactness will have some downsides, of course, especially for those with large hands. The plastic material that helps keep it light might scare off some gamers, but it’s quite sturdy and durable in practice. The biggest design consideration you might want to keep in mind is the lack of “wings” or extended grips, something that brings confidence in some gamers but doesn’t do much for others.

The most noteworthy part of the GameSir T4 Mini’s design, at least apart from its small size, is its translucent black body, which not only gives a glimpse of its innards but also lets the LED lights shine through. These lights can be configured to some extent or turned off completely to preserve the battery. It’s not an essential feature, especially since you’ll be relying mostly on muscle memory anyway, but it’s still a nice touch that could appeal to gamers who have a penchant for such lighting.

Although advertised as a multi-platform game controller, the GameSir T4 Mini is clearly designed with the Nintendo Switch in mind. The layout of buttons, sticks, and D-pad follows that of the Joy-cons, and the arrangement of the A, B, X, and Y buttons is the exact opposite of the Xbox layout. There are also special buttons for Home, Screenshot, Plus (+), and Minus (-) that only make sense on a Nintendo Switch.

Of course, all those buttons can be used with any compatible device, which officially includes the Nintendo Switch, Android, iOS, and PCs. The T4 Mini mainly connects via Bluetooth, but it can also connect to PCs with a USB-C cable. There is no compatibility with any of the other consoles, whether Xbox or PlayStation.

Despite its size, the GameSir T4 Mini’s buttons offer excellent travel and have enough stiffness in them for responsiveness but aren’t too clicky or sticky. The analog joysticks feel very comfortable, especially with the depression in the middle for your thumb. The triggers and D-pad felt they could have had more depth, though, but aren’t huge deal-breakers.

For those who constantly fret about breaking the four main buttons because of some repeated mashing, the T4 Mini thankfully offers that familiar but still uncommon Turbo button. You can set that mode for a single button or for a set of buttons, and it can mean the difference between victory and defeat for some games.

As far as the gaming experience goes, the GameSir T4 Mini is pretty much on par with more expensive game controllers. It boasts of a 6-axis gyro that will let you drive more intuitively in some Switch games, though not on other platforms. GameSir also boasts of the controller’s asymmetric dual motors that might feel slightly stronger compared to other controllers, probably because of its diminutive size.

That vibration feedback is something you might want to keep in mind when taking the T4 Mini out with you, as it will naturally affect battery life. The LED lighting, while fancy, can also have a drastic impact on how long you’ll be able to use the controller. GameSir advertises an average of 10 hours, and that’s more or less what we got in our testing.

That’s not much if you compare it with the Nintendo Switch Pro Controller’s 40 hours, but that’s also a much larger controller. You’ll only need three hours to fully charge the controller, which is probably a good opportunity to take a break, especially if you’ve been gaming for a long period of time. The controller automatically turns off after 15 minutes of idling, though, just to be on the safe side.

It’s almost impossible to find the perfect game controller because gaming behavior and needs can vary highly between individuals. Some prefer a bigger controller to confidently hold, while others prioritize portability instead. Many want all the bells and whistles that money can buy but might not have enough resources to actually buy something like that.

The GameSir T4 Mini Multi-Platform Game Controller, however, almost comes close to perfection, especially for those with smaller or average hands. It doesn’t have many downsides to its size, other than having to fit a smaller battery, but that might actually be a good thing that will force gamers to take a breather once in a while. And at only $35.99, it’s definitely a steal for anyone who likes to take their game anywhere, whether on a Nintendo Switch or on a phone.