Gwen Stefani and Blake Shelton baby rumours are swirling – are they true? 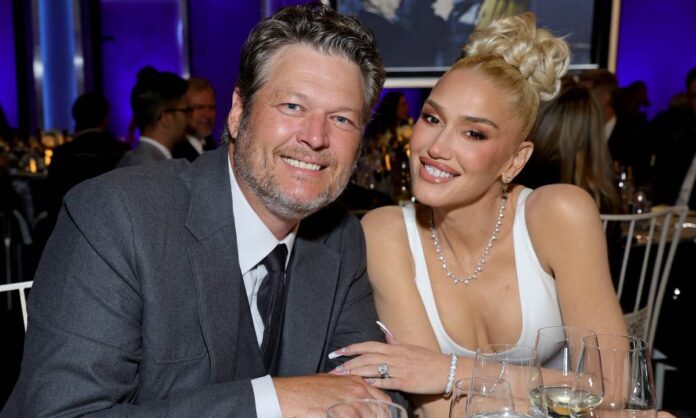 Gwen Stefani, 47, is a proud mum of three boys, Kingston, 15, Zuma, 13, and seven-year-old Apollo, but is she planning on having a baby with her new husband Blake Shelton?

The Voice star shares her three boys with her ex-husband Gavin Rossdale, but she remarried in 2021, tying the knot to fellow Voice judge and singer Blake.

There are growing rumors about the couple having a baby together, but both stars are remaining very tight-lipped.

Speaking about her youngest son, who she welcomed aged 44, Gwen told the Today show: “I never thought I would actually be in preschool again because I had him so late. It was such a miracle surprise that I had him in the first place, so I’m just trying to savor every moment.”

At Gwen’s age the chances of a natural conception may be low however there are IVF and surrogacy options available should she wish to have a child with her new husband.

In 2019, the rumor mill went into overdrive, claiming Gwen was expecting twins, and Blake even joked about the false claim commenting on Gwen’s Twitter post of children’s items to say: “Ooooh @gwenstefani this stuff will be great for our twins!!!!”

What has Blake Shelton said about being a stepdad?

During an appearance on the radio show The Ride with Kimo & Heather, Blake said: “There’s definitely nothing easy about it. I don’t know if it’s as hard or harder or not as hard as being an actual biological parent, you know?”

But the star revealed he has the perfect role model to follow. “I love my stepfather, and I looked up to him. And he’s like a father to me,” he said. “So, you know, I have a good inspiration in my life to how to do this and the kind of stepdad I want to be.”