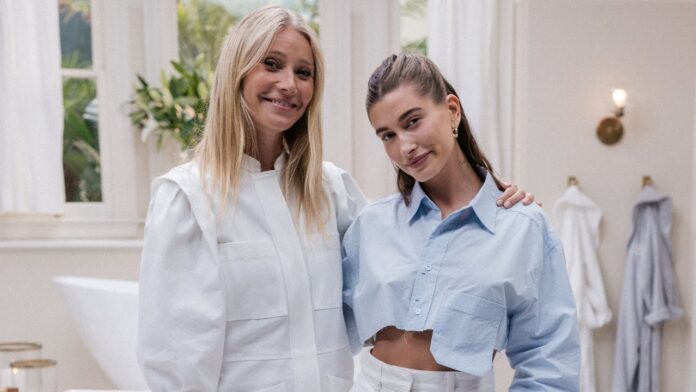 Gwyneth Paltrow made a quip about sleeping with Hailey Bieber’s father Stephen Baldwin during an appearance on the supermodel’s ‘Who’s in my Bathroom?’ vlog on Wednesday.

She made the cheeky joke while reflecting with 25-year-old model Hailey – who is married to pop star Justin Bieber – on their time together at work.

Mum-of-two Gwyneth – who is married to TV producer Brad Falchuk – responded: “Well it was a tiny independent movie. I think I was like 20 years old, so it was a really long time ago. But he was great. He was so nice. Yeah, it was awesome.”

Hailey responded: “I like hearing that. Imagine if you had some horror story – ‘He was terrible! It was a nightmare working with him!’”

Hailey is rarely pictured with ‘The Usual Suspects’ actor, who became a born-again Christian following the September 11 attacks and is a vocal supporter of his former ‘Celebrity Apprentice’ boss Donald Trump.