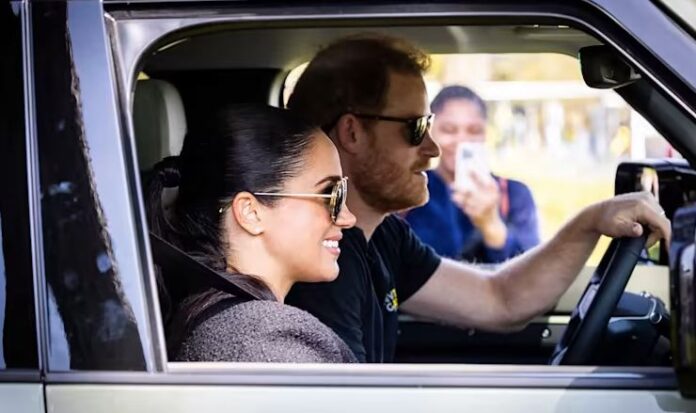 Prince Harry and Meghan Markle have been suffering the wrath of King Charles in his more ‘ruthless’ form after continually tarnishing the Firm.

These claims have been made public by royal expert and author Katie Nicholl in an interview with GB News.

She pointed towards the King becoming “ruthless” with Meghan Markle and Prince Harry in case they decide to continue “tarnishing” the royal brand.

“We could be prepared to see the King’s ruthless side,” she warned in her interview with the outlet.

“Charles is not going to stand back and let his family or the institution or the reputation of the Crown – which is everything to him – be tarnished.”

“Certainly not by two members of the family. [The] whole issue of titles is up for discussion. That trust, that respect, has to be earned.”

She also addressed the future of Prince Harry and Meghan Markle’s two kids and added, “I don’t think they’re going to get those titles if they’re seen to be tarnishing the institution.”

“I think, perhaps, there might be a question mark over the future of Harry and Meghan’s titles potentially if they are seen to be deliberately tarnishing the reputation of the monarchy, absolutely.”