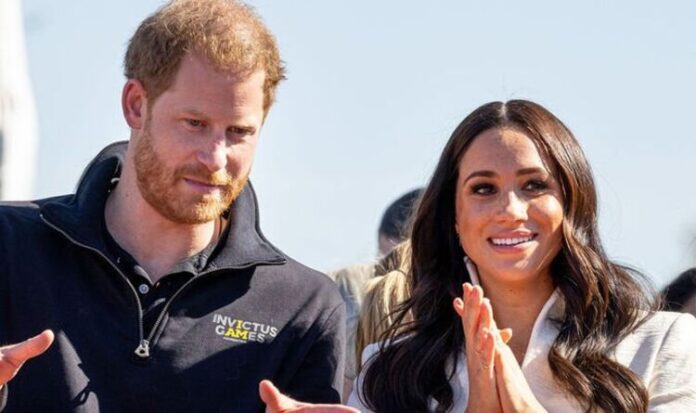 Did Prince Harry orchestrate a cover-up of the palace’s bullying investigation into Meghan Markle? One tabloid claims the duke protected his wife by threatening the firm. Here’s what we know about the wild accusation.

The latest edition of Star claims to have the real story of what went down between Meghan Markle and her palace staff. As some recall, Markle was famously accused of bullying during her time as a working royal, leading the firm to launch an investigation into the claims about the duchess. While the investigation is said to have concluded, the results haven’t been released to the public. But so-called “insiders” are spilling their guts to the tabloid about what really happened.

“Meghan is the boss from hell,” one source dishes. The tipster details how Markle was a “perfectionist” that threw tantrums anytime she didn’t get her way. Sources also say she demanded access to the royal jewels and refused to touch her own luggage. “She fired some staff members on the spot, and at least four employees were forced to quit because of her actions,” the tipster recalls. “She made her employees’ lives unbearable.”

But the article claims the accusers backed down after getting paid off by The Firm. “It was the easiest option,” the snitch reveals. “Prince Harry threatened to rip the lid off the monarchy and cause irreparable damage if Meghan was thrown under the bus, so in the end, appropriate measures had to be taken… The whole royal family just wants to move on with their lives.”

Is Meghan Markle The ‘Boss From Hell’?

There are a few reasons we’re skeptical of this report. First of all, it’s true that the palace hasn’t released the findings of its bullying investigation. There’s an uproar on both sides about this:

Royalists who dislike the Sussexes think the family is protecting Harry and Markle, while fans of the couple think the palace doesn’t want to exonerate them. But the truth is, we have absolutely no idea what the results of the investigation were, or why they’re staying under wraps.

But then there’s the tabloid’s own past reporting on this matter. Just this spring, Star published another report accusing the Sussexes of mistreating their staff. That story even labeled the Sussexes as “bosses from hell.”

So, either this rag is getting totally exclusive interviews with the Sussexes’ former staff members or it’s drawing from a single pool of dubious anonymous tips. And since none of these tipsters’ testimonies have been substantiated in the slightest, we’re left to believe that the tabloid was just blowing smoke.

More Sussexes Stories From The Tabloid

This dubious report is just a drop in the bucket when it comes to Star. Earlier this year, the outlet claimed Prince William “shut out” the Sussexes against the queen’s wishes. Then the magazine reported Harry and Markle were begging the royals to take them back. And more recently, the publication alleged Harry and Markle were going broke after visiting the UK. Obviously, we’d be fools to trust Star on nothing but its word.