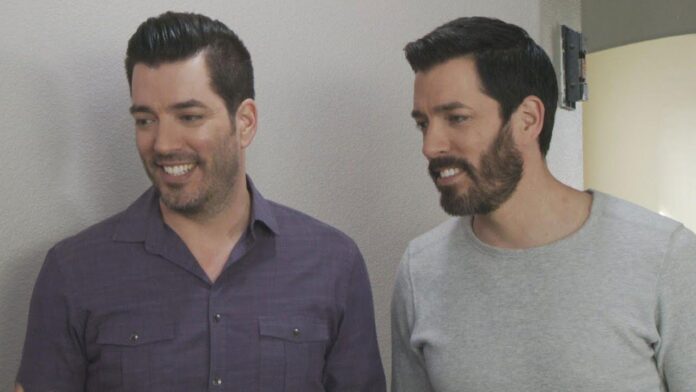 Property Brothers star Jonathan Scott frequently uses Instagram to share tips and tricks about home renovation with his followers. His most recent post? A funny reshared TikTok that shows the dangers of having a toddler around while working on your house.

“See…toddlers shouldn’t do demo!” Scott captioned the video, along with a crying laughing emoji. The video shows a man holding a toddler as he pushes over a small brick garden wall. As the man pushes it with one hand, the wall falls—shattering a window and busting a water pipe.

“Look son, this is what you SHOULDN’T do, as an adult…” one follower laughed. Another joked, “Even the baby knew that didn’t look right.” Someone wrote, “As bad as this was, Dad sure kept his cool.”

“The level of defeat on his face,” one follower laughed. Others simply filled the comment section with crying laughing emojis and face-palm emojis. Others criticized the dad in the video for holding a baby while doing this project. “Literally could have been so much worse… wear helmets,” one person commented. “Why is Ddd doing demo w no gloves or protective gear AND holding a baby ? Almost like he expected it?” another wrote.

Could Drew’s Son Be Joining The Family Business?

Another predicted that a situation like this might just be in Scott’s future. “No safety gear just wait till Parker James is older and helping both of you,” a fan laughed. Parker James is Scott’s brother Drew’s son.

Drew and his wife Linda Phan welcomed their first child together in May of 2022. “I’m still in awe and in disbelief,” Phan said shortly after the birth. “I feel like every step of this pregnancy has taken me time to adjust. And then as soon as I almost adjust, it’s onto the next milestone or the next thing. I feel like I’m always playing catchup with my feelings.”

Drew joked, “Parker decided to come very efficiently on our anniversary. He’s stealing the show. It’s no longer about you and me on our anniversary.” The funny video Scott reshared on Instagram might be a prediction for the future, but only time will tell if fans will get a Property Brothers And Son spin-off.