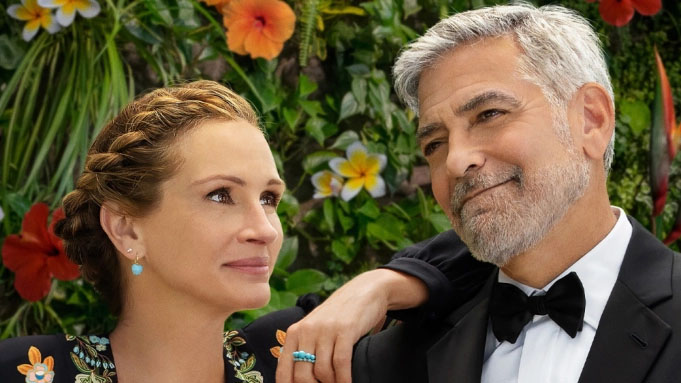 If you have to form a pandemic bubble, there are worse people to be stuck with than the Clooney family.

After starring together in films like Ocean’s Eleven and Money Monster, George Clooney and Julia Roberts are reuniting for the upcoming new rom-com Ticket to Paradise. The pair play bitterly divorced exes who team up to stop their daughter (Booksmart’s Kaitlyn Dever) from going through with her destination wedding in Bali.

In an interview with The New York Times, the two actors opened up about playing exes and quarantining together while filming in Australia. Clooney explained that during the shoot, he rented a house with his wife Amal and their twin children. Meanwhile, Roberts was in another house nearby, while her husband and three children were back in the United States.

“The Clooneys saved me from complete loneliness and despair,” Roberts added. “We were in a bubble, and it’s the longest I’ve ever been away from my family. I don’t think I’ve spent that much time by myself since I was 25.”

Clooney and Roberts are longtime friends and collaborators, but Ticket to Paradise is their first romantic comedy together. Mamma Mia! Here We Go Again’s Ol Parker directs the film, and Clooney says that it was “clearly written for Julia and me.” (In the original script, he explains, their characters’ names were “Georgia and Julian.”)

Despite their easy chemistry, Clooney and Roberts joke that it took “80 takes” for them to film a single kissing scene without cracking up. “It took 79 takes of us laughing and then the one take of us kissing,” Roberts said.