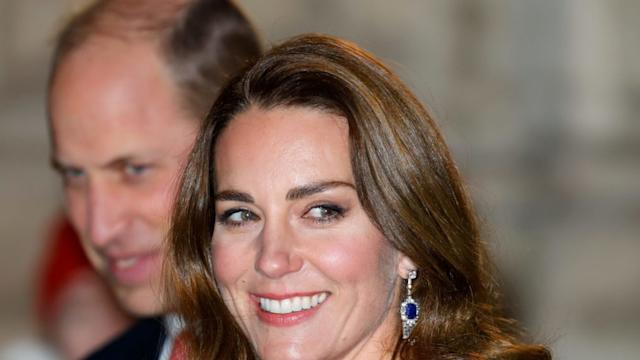 Prince William and Kate Middleton I just received tragic news. Christine Hill her prenatal guru, has just passed away at the age of 74. Hill prepared the couple for the birth of their first child, Prince George.

Hill is known for holding discreet classes for celebrities and famous faces. Middleton reportedly had one-to-one classes at home, with William attending at least one. One of the quests Hill helped the prince with? Learning how to fit baby’s car seat in the back of a car.

Middleton was one of Hill’s last clients before she retired. Shortly before the birth, she shared that “it was a privilege to see that [Middleton and William] prenatal.”

Hill also spoke about the Duchess, calling Middleton “a lovely girl… what you see is what you get.” She described the royal couple as a “very strong team” and was sure William was “on the day” of Georges birth “would do the right thing”.

Middleton and William are now parents to three children: George, 9, Princess Charlotte, 7, and Prince Louis, 4. All three children were born in the Lido Wing of St Mary’s Hospital in London.

Middleton says she’s ‘not the happiest of pregnant women’

Even with Hill’s help in managing her first pregnancy, Middleton has spoken out about the difficulties she faced during pregnancy. The Duchess of Cambridge suffered from hyperemesis gravidarum, or severe morning sickness, throughout all three of her pregnancies.

“It was definitely a challenge,” Middleton shared. “Not just for me, but for your loved ones around you, and I think that’s the thing – being pregnant and having a newborn baby and things like that, it affects everyone in the family. William didn’t feel like there was much he could do to help and it’s hard to see you’re suffering without actually being able to do something about it.”

Middleton also said that she is “not the happiest pregnant woman” due to her illness, but is managing her condition using hypnobirthing techniques. Hypnobirthing is a practice where people use breathing exercises, meditation, and relaxation techniques to reduce fear, pain, and anxiety during childbirth.

“Because it was so bad during pregnancy, I actually really liked the contractions,” laughed the Duchess. “Because it was actually an event that I knew would come to an end! But I know some people are having really, really tough times, so it’s not for everyone.

No pregnancy is the same, no birth is the same.” Middleton and William are certainly mourning the loss of the woman who helped them navigate the Duchess’s first pregnancy and the birth of their firstborn, George.