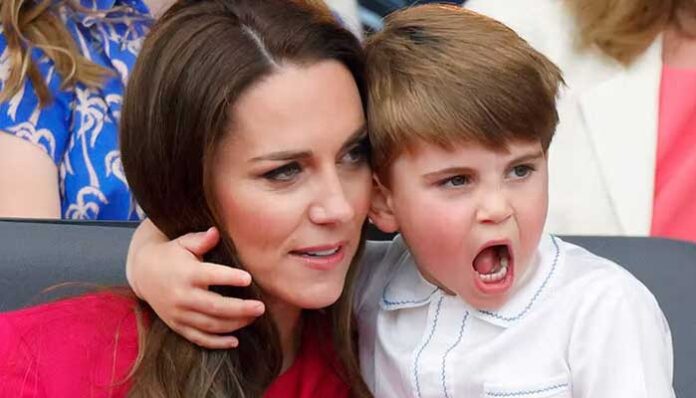 Kate Middleton mesmerised fans as she made an interesting remark about her son Prince Louis during her visit to a Little Village’s hub in Brent last month.

The Duchess of Cambridge, who was smitten by a baby resting in a stroller there, also made a sweet remark about her child.

“I keep thinking Louis is my baby, but he’s a proper boy now,” Kate said of her son.

Kate and William’s two more children Prince George and Princess Charlotte are already in spotlight as they are learning the royal ropes by joining their parents at family events and public engagements.

The little prince made a splash last month when he joined the royals at the Platinum Jubilee weekend celebrations.

Prince Louis also won hearts around the world at the Platinum Jubilee Pageant due to his enthusiastic waves, animated faces and interactions with his family.