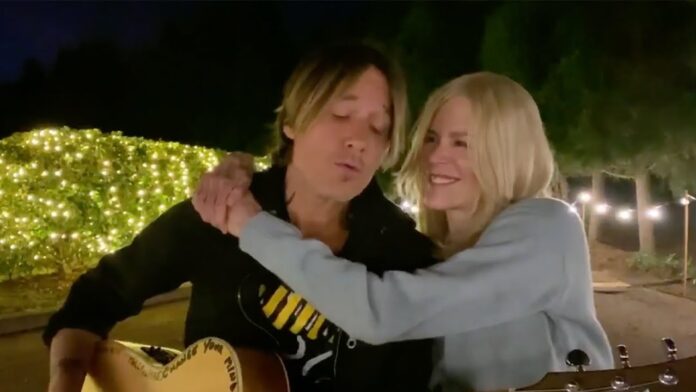 Keith Urban is married to one of the most sought-after actresses in Hollywood – but away from his marriage to Nicole Kidman, he has his own successful career to think about.

The country music singer is often forced to spend large chunks of time away from his family, including daughters Sunday, 14, and Faith, 11, while he is touring, but he has managed to find an entertaining way to keep himself amused while out on the road.

Keith revealed that he escapes from his everyday life and finds comfort watching TV shows –none of which star his wife.

“[Barry] was unbelievable. I’m so bummed that it’s finished unless there’s some way to reboot it down the track – that’s a phenomenal show,” he said.

“I just finished a documentary called the Big Con that was insanely addictive as well. Four parts, Apple TV+. It was amazing, highly recommend it.”

When asked about Ted Lasso – starring Jason Sudeikis – Keith admitted that if you’re not a fan of the show, “you need to check your pulse”.

“It’s good because I think it’s timely,” he explained. “The idea that a show where you keep waiting for the other shoe to drop — this guy can’t be that nice and compassionate and kind and empathetic, there’s no way — there’s something waiting.

“But the fact that it never does, and you go, ‘Yeah, wow, what a gift!’ A gift from the heavens that the spirit of that show has been right about now.'”

When Keith is at home with Nicole and their daughters, he revealed that they’re just like anyone else. “Mornings are normal,” he recently told Today. “We just get up and make some coffee, make breakfast, go for a walk.”