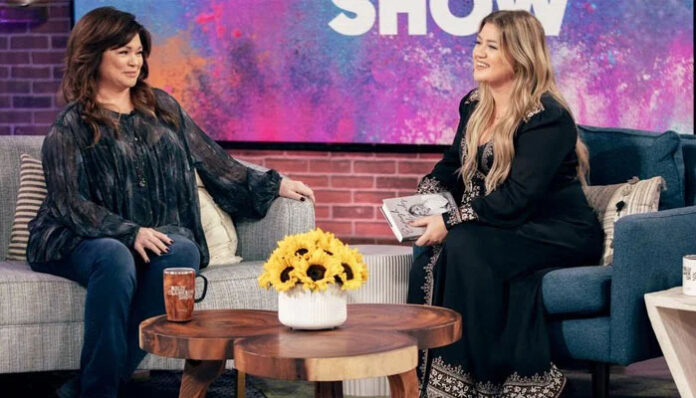 US actress turned writer Valerie Bertinelli has recently opened up on her struggles with body image at The Kelly Clarkson Show earlier this month.

“I learned at a young age that gaining weight was unlovable … so I’m still trying to purge that out of my system because that’s not true. It’s just a lie,” told Enough Already author Clarkson.

Agreeing with the actress, the musician revealed that she also suffered from the “same struggles”.

“I think so many things happened to me when I was young about my weight that, even at a young age like, so many things got said, that’s whenever I was just like: ‘Whatever, I’m not gonna please anyone,’” mentioned the 40-year-old.

The singer-songwriter shared that she was “fortunate that it happened” before she entered the industry.

“I was lucky it happened before I got in the industry because it’s very hard,” stated the Since You Been Gone crooner.

Talking about judging oneself, the Golden Globe Award winner added, “. I’m done with all the negative talk that I give myself because there’s enough negative talk out there.”

The actress, however, believed in “changing the perspective, and changing the view, and the narrative.”