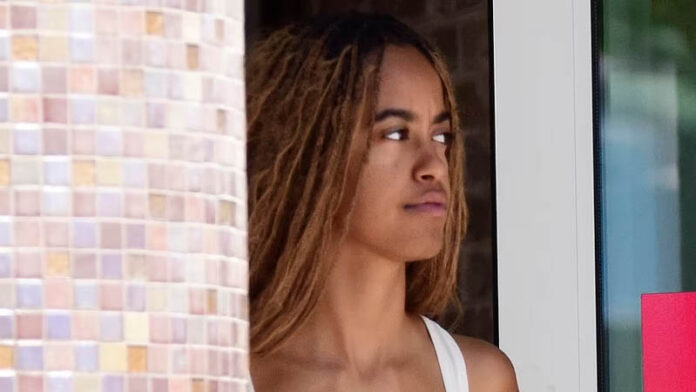 The rumor that former US President Barack Obama’s daughter Malia is expecting a child with rapper Future is one of the most outlandish rumors concerning a famous person that has ever circulated.

The hoax has been circulating widely on Twitter for over a week now. Despite the fact that some people believed it, others wondered where the source of these ridiculous claims could be.

Is Malia Obama Expecting a Baby?

Malia Obama, the president’s 24-year-old daughter, has been accused of being pregnant. Some Twitter users started spreading this false information within the previous week. It’s hilarious to see that some users fall for all this fabricated nonsense.

In case it wasn’t apparent before, Malia Obama is not carrying Future’s baby in 2022. The fact that so many people are falling for this hoax is evidence that some internet users will believe anything these days.

An Instagram account called Rapstreet TV, which is dedicated to humour, spread the false rumours about Malia and Future after sharing a post with a montage of their pictures. It stated, “BREAKING: FUTURE and MALIA OBAMA are expecting their first child together.”

The post was obviously meant to be humorous and was dated September 6th.

The message, “BREAKING: It is being claimed that #future and Malia Obama are expecting their first child together,” will make you laugh out loud. The fact that Malia was secretly dating Future caught many people off guard.

“Are you happy for Malia and Future or not?”Sources aren’t sure how long Malia has been pregnant, but apparently have informed sources close to Future that the rapper has been “smashing dat b***h” for a while now.

Despite having over 32,000 followers, Rapstreet TV’s Instagram is rife with apparent false postings like these. This site is just for fun, and it has nothing to do with real celebrity news.

Those who failed to understand the context of Rapstreet TV’s post quickly spread the rumor on Twitter. Some people were merely perplexed.

One of Obama’s daughters is pregnant, and Future is to blame. One person reacted with shock, “whose daughter wtf.”

Obama’s daughter is expecting a child, and the Future is to blame. “Dawg,” another user remarked.

One commenter put it this way: “If Future gets Malia Obama pregnant, I know for sure we’re living in a simulation.”

If Future isn’t responsible for Obama’s daughter being pregnant, then why do many think he is? Questioning the bewildered.

Malia Obama, age 24, is rumoured to be dating Dawit Eklund, a 32-year-old musician, DJ, and producer. Photographs obtained by the Daily Mail show the couple out and about in New York City recently. Dawit Eklund’s parents are Yeshi, 66, of Ethiopia, and Jon Eklund, 72, a retired State Department officer.

The musician is a co-founder of the Washington, DC-based record label 1432 R, which focuses on Ethiopian music. On July 26th, Malia Obama and Dawit Eklund were first spotted publicly. A takeaway order was supposedly being delivered at the time.