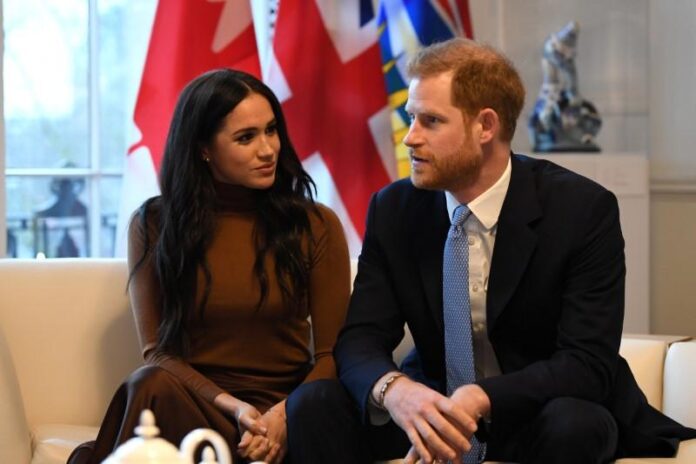 A royal expert has claimed that Prince Harry was not allowed to appear in his wife Meghan Markle’s latest interview with a US magazine.

Last week, Variety released a tell-all chat with the Duchess where she shared sweet details about her life with Prince Harry. The Duke of Sussex was reportedly “banned” from appearing in the interview.

Speaking on his YouTube channel, royal commentator Neil Sean, said: “According to a very good source, and as ever we have to say allegedly, there was one person that couldn’t be featured. That was, of course, the former royal, known as the Duke of Sussex, Prince Harry.”

He added: “It was all down to the fact that they were realigning Miss Markle’s PR, you know, her personal look [and] how people viewed her.”

Mr Sean continued: “The reason why Harry apparently was banned is [because] the new PR team, and ever we have to say allegedly, feel [Harry] could be too much of a distraction. Particularly also given the fact that, when you think about it, he has a bombshell book, we believe looming at some point before the end of the year.”