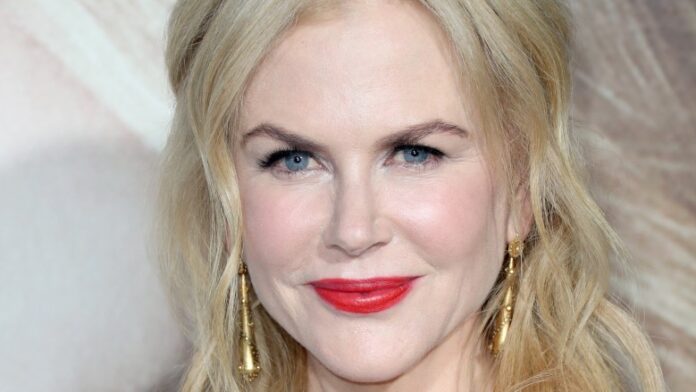 Nicole Kidman took to Instagram on Thursday to share an inspirational life update, revealing to her 8.5million followers that she has become fully certified in CPR, AED, and basic first aid.

In a heartfelt post, the American-Australian actress sat cross-legged on a plush cream sofa in the luxe home she shares with husband Keith Urban.

Keeping it casual with wide-leg denim jeans and a simple white T-shirt, the blonde beauty held a card up to her face from the American Safety & Health Institute that confirmed her certification.

“My family and I became certified last week because you never know when an emergency will occur and who will be affected. #CPRChoice,” she continued, suggesting that her husband Keith and their two daughters Sunday and Faith also took part in the lifesaving training.

Fans and friends were quick to react to Nicole’s empowering post, rushing to the comments to share their support for her bravery. “Very inspiring will investigate tomorrow so I and my [family] can follow your example. Well done,” wrote a friend, as a fan penned: “Thank you for your service. Need to do same!”

“Nicole this is so commendable of you and Keith and your daughters to get certified in CPR,” wrote another fan, as a fourth sweetly shared: “What a great initiative. One day someone will not only be honored. They will be thankful for you.”

According to the American Safety Training Institute, over 356,000 Americans suffer a sudden cardiac arrest each year, among them athletes, fitness enthusiasts, and others in apparent good health.

This year is an extra busy one for the award-winning actress, as the singer is on tour across the world until the very end of the year, and the actress has several projects in production.

She is currently filming Expats, a television series for Amazon Prime Video which she is also producing.

The mother-of-four is also set to appear in Aquaman and the Lost Kingdom, which stars Jason Momoa and has a 2023 release, as well as in an animated movie titled Spellbound, which follows “a teenager who comes of age using her magical powers to defend her family.”