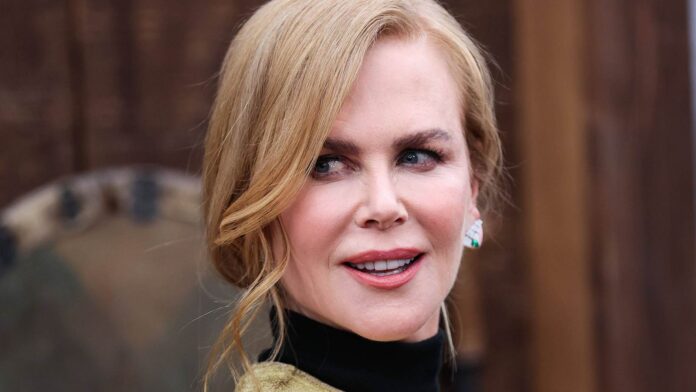 Nicole Kidman‘s daughter Sunday is growing up fast, and looks just like her famous mom!

The Big Little Lies star is notoriously private when it comes to sharing photos of her children, but couldn’t resist posting a picture of her teenager over the weekend, following a big win at an auction.

Nicole had bid an impressive $100,000 for Hugh Jackman’s signed The Music Man hat, which she won.

Sunday modeled the hat afterward, teaming it with a stylish floral dress. In the caption of the photo, The Hours star wrote: “The hat we bought at the auction! Night night.”

The Undoing actress shares Sunday and younger daughter Faith with her husband Keith Urban. Nicole is also mom to grown-up children Isabella and Connor, who she shares with her ex-husband Tom Cruise.

Sunday and Faith enjoy an exciting life traveling around the world with their parents, who are often in different locations for work. The family has homes in Australia, the United States, and the UK.

What’s more, as a result of traveling with their mom for her various acting jobs, Sunday and Faith have even landed several roles themselves on some of her shows. The pair have appeared as extras in The Undoing and Big Little Lies.

A month before the pandemic, Nicole took her family with her to New York while she was filming in The Undoing.

The actress played Grace Fraiser in the hit drama series alongside Hugh Grant, and her children also appeared. Talking to News.com.au, Nicole revealed: “They’re used to being extras, but they did five days in the freezing New York cold, never complained, and didn’t get any special treatment. “And then one day they came home and said, ‘We got a line!'”

Sunday and Faith have also had voice roles in the movie Angry Bird 2, and it’s safe to say Nicole was incredibly proud, paying tribute to her two “little birds” in a sweet social media post at the time.

The family is primarily based at the moment in Australia, and Nicole recently shared her joy at Keith returning home for the festive season, having been on the road on his current Speed of Now tour for most of the year.