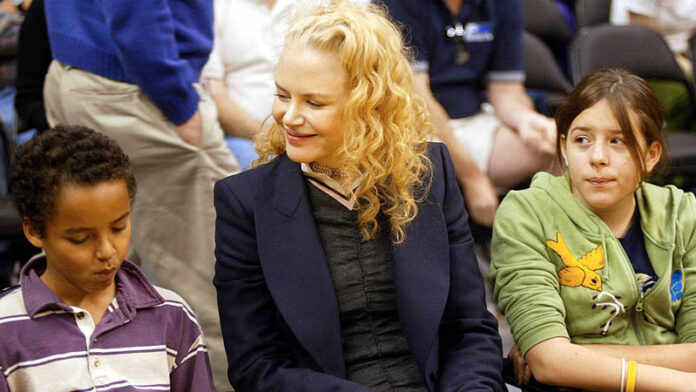 Nicole Kidman is a doting mom to four children, although prefers to mainly keep her personal life out of the spotlight.

However, her two oldest children – Connor and Isabella – are occasionally active on social media, giving an insight into their lives in the process.

Over the weekend, Connor – who is a keen fisherman – took to Instagram to share a photo of himself holding his rather large catch of the day – a giant fish that he caught in Venice, Louisiana.

Connor and his older sister Bella were adopted by Nicole and Tom during their marriage. Connor briefly followed in his parents’ footsteps and starred in two films, 2008’s Seven Pounds and 2012’s Red Dawn remake — before going on to pursue his passion for deep-sea fishing.

While Connor has remained in the US, where he pursues his love of deep sea fishing, Bella now lives in Croydon, London, with her husband, Max Parker.

Nicole and Tom both went on to have more children. The Big Little Lies star shares daughters Sunday Rose, and Faith Margaret with husband Keith Urban, while Tom shares daughter Suri with his ex-wife, Katie Holmes.

Speaking to the Sun in 2019, Nicole further spoke about her eldest children and their decision to follow their father into the Church of Scientology. “Motherhood is about the journey,” she said.

“There are going to be incredible peaks and valleys, whether you are an adopting mother or a birth mother. What a child needs is love. “They have made choices to be Scientologists. It’s our job as a parent to always offer unconditional love.”

Tom hasn’t spoken out about his relationship with his children, but was spotted at a baseball game with Connor back in October 2021, and has even moved to London, close to daughter Bella.

Bella has showed her support for both her parents in subtle ways too – wearing a Top Gun T-Shirt while out in London earlier in the year, and liking several of Nicole’s Instagram posts.