Nicole’s sweet tribute: “I owe my career to Hugh and Deb” 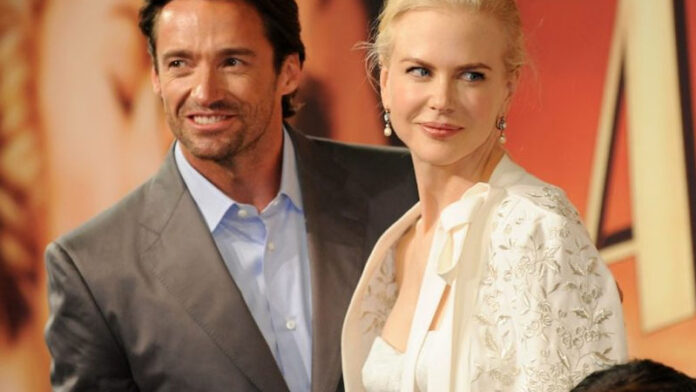 Nicole Kidman and Hugh Jackman are arguably two of Australia’s most successful exports. But behind the scenes, the pair share a special bond that runs well beyond their shared movie-star status.

In a recent interview, Nicole, 55, revealed that she’s forever indebted to Hugh, 53, and his wife, Deborra-Lee Furness, after they took her in during some of the most trying moments of her life.

Nicole explained that when she was starting out in Hollywood, it was Deborra-Lee, 66, who offered her couch as a place to crash while she tried to win roles.

“[S]he gave me the chance to stay there and we could go and audition,” Nicole confirmed in a new interview with the National Film and Sound Archive of Australia.

“You’d go and come back and you’d go over for a few weeks and do some auditions and hope to crack it.”

Years after hitting the big time, Nicole once again leant on Hugh and Deb for support as she endured a traumatic split from Tom Cruise.

“When I got divorced, Hugh and Deb were so much a part of my healing,” Nicole candidly told Australian Women’s Weekly.

“They were some of my best friends through that period.”

They were all by Nicole’s side when she won the Golden Globe for Moulin Rouge! in 2002, just one year after she and Tom separated.

A source tells New Idea that the fact Hugh and Deb stood by Nicole “throughout the best and worst times of her life” means the star will always hold a special place in her heart for the beloved couple.

“Deb knows all Nicole’s secrets, which is why she and Hugh were instrumental in getting her back on her feet after her divorce.”

On top of going through a highly public split with one of the biggest stars on the planet, Nicole was deeply upset when the split meant she spent less time with her and Tom’s children, Isabella and Connor.

As Deb and Hugh are also adoptive parents, they were uniquely positioned to empathise with the actress.

“Not seeing her children was devastating for Nicole but Deb and Hugh shared in that pain, as they’d just adopted [son Oscar].”

Again, it was the Jackmans who helped Nicole navigate the dark days.

“It’s so rare to find people you can really trust in this business and Nicole knows she has it with Deb and Hugh,” says the source.

“She and Keith feel very lucky.”