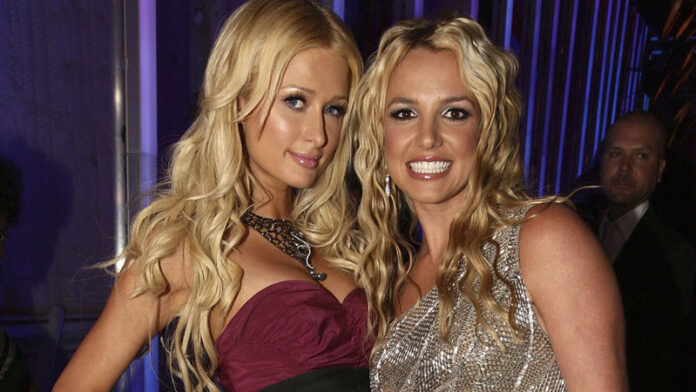 Paris Hilton was just one of the A-list guests at Britney Spears’ June wedding to her long-term boyfriend Sam Asghari.

While the newlywed has shared some photos from her special day, Paris went one step further and posted an incredible star-studded video from Britney’s reception in honor of Madonna‘s 64th birthday on Tuesday.

With the Queen of Pop standing in the middle of the group, the other women serenaded her with a rendition of her hit song Vogue. Madonna appeared to be impressed with their efforts as she raised her glass in the air upon completion of the song.

Paying tribute to the Material Girl singer and reminiscing about Britney’s wedding day, Paris captioned the video: “Happy Birthday @Madonna! You are such an inspiration and have been my idol since I was a little girl. Unforgettable and epic night with all you beautiful girls! Love you. Keep killing it, Queen!”

Britney and Sam – who have been dating since 2016 – had an intimate wedding on 9 June in front of their closest family and friends at their home in Thousand Oaks, California.

Britney wore a stunning Atelier Versace bridal gown that featured off-the-shoulder straps, a silky fit, and a thigh-high leg split. She changed into an LBD for the reception, which boasted long sleeves, a sharp tuxedo silhouette, signature gold Versace button detailing, and an ultra-mini fit.

Her third look of the evening was a striking red mini dress with a deep V-neck cut, a bodycon fit and some fun seventies fringing protruding from the sleeves. Britney’s fourth and final dress was a two-tone mini dress also crafted by the prestigious Italian fashion house.

This marks Britney’s third wedding, as she was previously married to her childhood friend Jason Alexander for 55 hours in January 2004, and he even tried to crash her wedding with Sam! She tied the knot with Kevin Federline later that year, but the former couple split in 2007.