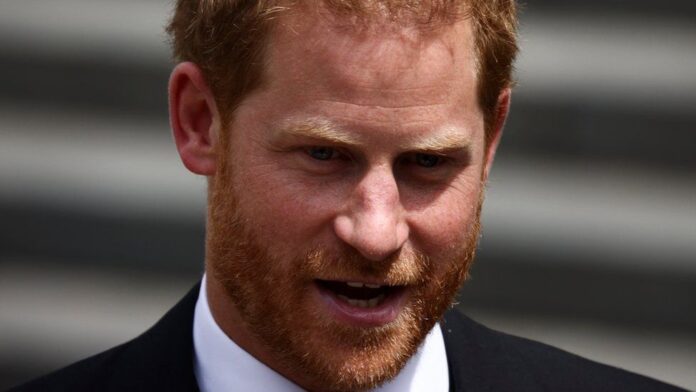 Prince Harry, the former soldier, has returned to California after Queen Elizabeth‘s funeral with a mission — to repair and prevent further damage to the British Monarchy.

Meghan Markle‘s husband hopes he will avoid King Charles III‘s wrath by revising his tell-all book and tweaking or even terminating his Netflix series.

A royal source explained to Page Six that Prince Harry and Markle are having some tough conversations and leaning towards some surprising actions and added: “A lot of conversations are happening. I hear that Harry and Meghan want the series to be held until next year. They want to stall. I wonder if the show could even be dead in the water at this point; do Harry and Meghan just want to shelve this thing?”

The renegade royal is scrambling to fix the situation with the family because he fears the backlash he might face from the British people.

It has been revealed that Prince Harry has been blindsided by the rapid rise in popularity of King Charles and Camilla, Queen Consort.

Camilla Parker Bowles and King Charles have always had a complicated relationship with the British people because of their salacious affair that Princess Diana hinted at in various interviews.

However, since Elizabeth II‘s passing, Britons have embraced their new King and Queen, much to the surprise of Prince Harry and others who assumed that the pair would not be easily forgiven for their sins.

Moreover, it seems that through years of dedicated service and loyalty to the beloved late Queen, King Charles and his spouse have managed to win his nation over. The pair is not only supported but they are adored, according to a royal expert.

A flabbergasted Prince Harry is now working around the clock to remove all sensitive content and revelations from his memoir and docuseries not to anger the nation.

Journalist Josh Rom did an interview where he revealed that Prince Harry “wasn’t expecting the absolute adoration” the public expressed for his father and stepmother.

Prince William and Kate Middleton have also received the full backing of the British people.

Via Newsmax, the royal correspondent shared: “Prince Harry is now scrambling chapters and passages of his book because He thinks he might come across as insensitive.”

He also said: “He fears he might receive intense backlash from the publication of his book because he wasn’t expecting the absolute adoration from the family at the time of Queen Elizabeth II’s death, and the outpouring of love for King Charles III and also the Queen Consort, Camilla, as well as the utmost support for his brother Prince William and the Princess of Wales.”

The California residents are now more isolated than ever.