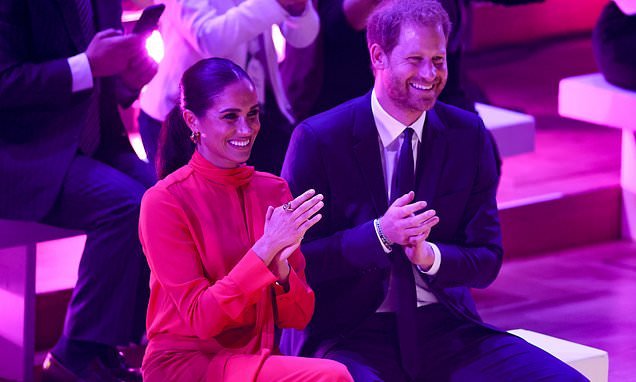 The Duke and Duchess of Sussex are due to make a special appearance on Thursday as they attend the WellChild Awards.

The touching awards commemorate the most inspirational children and young people who are battling serious or complex medical issues within the country. Harry has been a patron of the charity since 2007 and always gives an emotional speech at the ceremony.

The event will begin at 5.15 pm with a drinks and canapés reception. The awards ceremony with dinner will start at 6.15 pm and is expected to finish by 9.45 pm.

HELLO!’s editor-in-chief Rosie Nixon served as one of the judges for the awards, for the third year running, alongside Gaby Roslin and Dr. Ranj Singh.

Last year, the Duke of Sussex said he had been “deeply moved” by children’s entries in a nationwide photographic competition sharing what life is like for families living with serious health needs.

The father-of-two said: “The children and families I’ve had the honor of meeting over my years working with WellChild have shown incredible optimism, courage, and resilience.

“I wasn’t only proud to participate as a judge in this exhibition – I was deeply moved by each and every photograph, as they capture a moment and say so much about their personal story.”

He added: “Every person who is part of the WellChild family is a true inspiration. Congratulations to all the entries and a special cheer to the winners!”

Prince Harry was a surprise guest at last year’s WellChild Awards at Kew Gardens in June, where he swapped parenting notes with a fellow dad, Ed Sheeran.

“Two is definitely a juggle,” the Duke told the singer, following the birth of his and Meghan’s daughter, Lilibet, on 4 June.