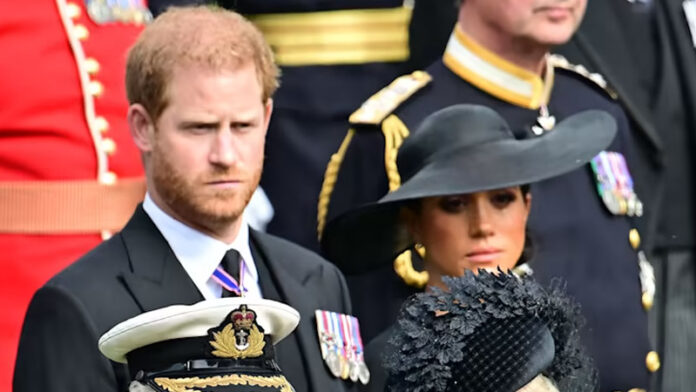 Prince Harry and Meghan Markle are currently being accused of having a ‘secret engagement’ months before the Firm even knew.

This allegation has been shared by royal author Valentine Low, and she believes the couple hid their engagement because they didn’t want people to know about it ‘straight away.

The author was quoted telling Express UK, “The interview was, in effect, Meghan’s big launch.”

“The couple was not officially engaged – though everyone in Kensington Palace knew they had been privately engaged since the late summer – this was Meghan putting herself out there in a confident, pro-active way.”

This spark rumors that Meghan Markle might have said yes to Prince Harry before her Vanity Fair article came out.

This revelation is in stark contrast to an earlier announcement by Buckingham Palace claimed previously, “His Royal Highness and Ms. Markle became engaged in London earlier this month. Prince Harry has informed Her Majesty The Queen and other close members of his family.”

“Prince Harry has also sought and received the blessing of Ms. Markle’s parents.”