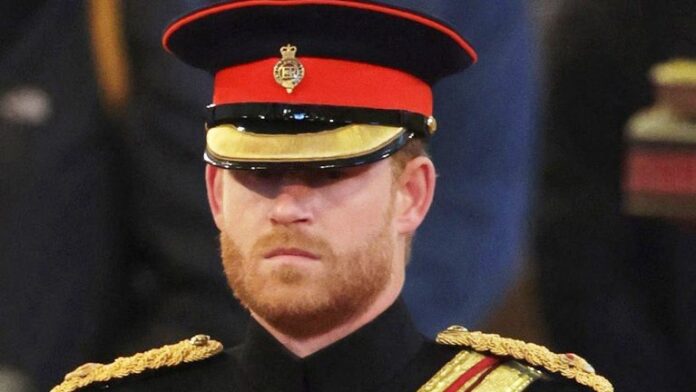 Prince Harry’s military uniform was missing the Queen’s insignia for a reason.

The Duke of Sussex was initially not allowed to wear his military uniform during the Queen’s funeral. However, the palace decided to allow him to wear it during the vigil of the Queen’s grandchildren Saturday. But many noticed that his uniform was missing a significant insignia — the Queen’s initials “EIIR,” which stood for “Elizabeth Regina” or “Queen” in Latin.

True Royalty TV co-founder Nick Bullen addressed the issue. According to him, there were two reasons behind the removal of the symbol.

“The second reason is that he was granted those ‘EIIR’ letters when he was an aide-de-camp for Her Majesty,” the award-winning documentarian continued. “The reality is he is no longer in that role. And those letters were no longer required to be on the uniform. The reasons are clear. There is no ulterior motive. Those are just the rules.”

Some did not agree with Bullen’s statement since the insignia was present on Prince Andrew’s uniform, who is also not a working member of the royal family.

Fox News contributor Duncan Larcombe believed it was probably an oversight that the insignia was missing from Prince Harry’s uniform but present on Prince Andrew’s because otherwise “it makes no sense.”

But Bullen believed there was another reason the cipher was left on Prince Andrew’s uniform. According to him, the Queen’s initials are always on the uniform of the personal aides-de-camp to the sovereign.

“Harry was stripped of this role when he stepped down as a working royal. However, Andrew remained as a personal aide-de-camp to the queen. Therefore, he was allowed by the king to wear the lettering on his uniform for the vigil,” Bullen explained.