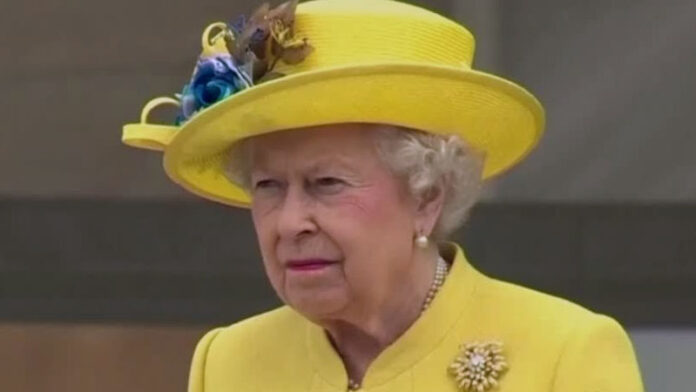 Queen Elizabeth II missed out on the Remembrance Sunday service in London to pay tribute to Britain’s war dead because she sprained her back, Buckingham Palace said Sunday.

The service is one of the most important events on the 95-year-old monarch’s calendar, and was meant to be her first public appearance after taking a few weeks off to rest under doctor’s orders.

British media reported that the back sprain was not believed to be related to the recent medical advice to rest that prompted other cancellations.

“The Queen, having sprained her back, has decided this morning with great regret that she will not be able to attend today’s Remembrance Sunday service at the Cenotaph,” officials said just hours ahead of the ceremony. “Her Majesty is disappointed that she will miss the service.”

The queen spent a night in a London hospital last month after being admitted for medical tests. It was her first such stay in eight years. On Oct. 29, the palace said she had been told by doctors to rest for two weeks and only take on light duties.

She canceled plans to attend the U.N. climate summit in Glasgow, Scotland, but sent a video message.

But officials stressed at the time that “it remains the queen’s firm intention” to be present for the national Remembrance Sunday service. On Thursday, Buckingham Palace said the monarch planned to watch the ceremony at the Cenotaph war memorial in central London from a balcony, as she has for several years.

The royal family joins leading members of the government, overseas representatives, and military on Remembrance Sunday to lay wreaths in commemoration of those who lost their lives in conflict.

In recent years, the queen’s son and heir, Prince Charles, has laid a wreath on her behalf while she watches from a balcony at the Foreign and Commonwealth Office.

Charles, who turned 73 on Sunday, laid the wreath again this year, while his wife Camilla, along with Kate, Duchess of Cambridge, and Sophie, Countess of Wessex, watched from the balcony.

Thousands of veterans later marched past the Cenotaph, led by the band of the Coldstream Guards.

The queen is the world’s oldest and longest-reigning monarch. Since being advised to rest, she has missed events such as the COP26 climate conference in Glasgow and a festival to remember the nation’s war dead on Saturday evening.

The palace source said the queen hoped to continue as planned with her schedule of light official duties this week. The queen has recently been photographed meeting dignitaries online.

Afghan refugees at US military base struggle from scanty winter supplies: Report

Prince William ‘blamed’ Duchess Camilla for all ‘the hurt she caused’: report