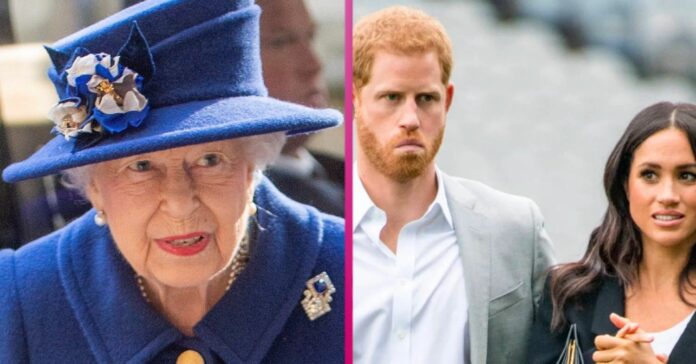 Within a couple of hours after the Duke and Duchess of Sussex announced their decision to quit as senior royals, Queen issued an initial statement to control damage, notes author Robert Hardman.

In an interview with Write Royalty website, Mr Hardman said: “I think she is very much in control.

“And these have been tough decisions of late, very personal ones.

“She has moved fast. And I think everybody, especially the Sussexes, were astonished by the speed with which she moved when the whole Megxit episode surfaced.

“When that bombshell came out at around 6pm midweek, I remember being in the office.

And then, within two hours max, we had a response from HM.

“Pretty much within a week the issue had been resolved.

“She called together the relevant parties and they reached a decision.”

Prince Harry and Meghan Markle left UK right after their announcement. The couple now lives in Montecito, California, with their children Archie and Lili.