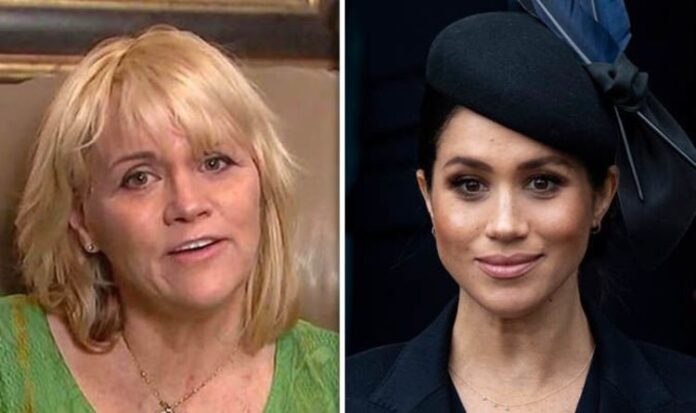 According to reports, the retired lighting director was rushed to the hospital due to difficulty breathing and speaking.

A photo of Thomas was also published online by TMZ and it shows the 77-year-old lying on a stretcher with oxygen attached to his nose.

The publication was the first to report about the incident but they said that it’s not yet confirmed whether Thomas suffered a stroke or it was something else.

Hours later, Samantha lashed out at the Duchess of Sussex and said that their dad was hospitalized because of all the stress that she has caused him.

While speaking with Daily Mail, Samantha said that their family is asking for privacy after what happened.

“My father is recovering in the hospital. We ask for privacy for the family, for his health, and for his well-being. He just needs peace and rest. God speed. We are praying. He just needs some rest,” she said (via Geo.TV).

Samantha, who penned the book The Diary of Princess Pushy’s Sister, also claimed that her dad has been through so much.

“t’s a travesty how much he’s been tortured and how much he’s had to go through thanks to my sister’s disregard the past few years. That is unforgivable,” she said.

Weeks before his hospital scare, Thomas claimed in his YouTube channel that he would travel to the United Kingdom to pay his respects to Queen Elizabeth. He claimed that he would be attending the queen’s Platinum Jubilee in the hopes of seeing his daughter and grandchildren.

However, it seems that his plans will no longer push through because he is still in recovery.

A similar incident happened in 2018 just before Prince Harry and Markle’s royal wedding. Thomas was supposed to walk his daughter down the aisle but he had to cancel at the last minute after suffering a stroke.

He was also rushed to a hospital and was advised by his doctors to get some rest.

Prior to this, the Markles had a falling out after the patriarch posed for fake photos ahead of the Duke and Duchess of Sussex’s royal wedding.

The snaps show Thomas being measured for his wedding attire, which Prince Harry and Markle didn’t know about. He later apologized for what he did, but he continues to attack the couple during interviews.