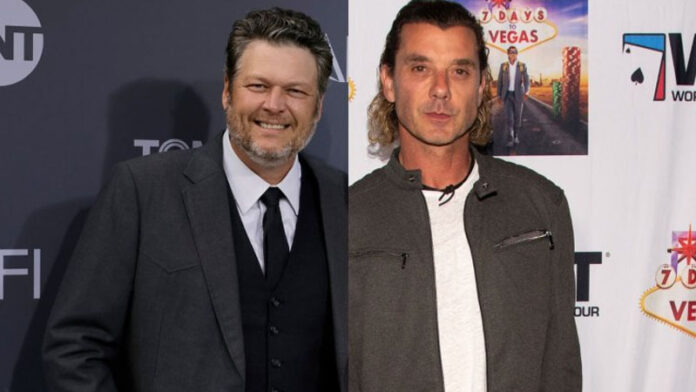 Is Blake Shelton fighting Gavin Rossdale? One report says the former and current husbands of Gwen Stefani are feuding over who can be the better father. This sounds like a recipe for trauma. Here’s what we know.

According to the National Enquirer, Rossdale and Shelton are spoiling for conflict over who can be the better father. Rossdale shares three kids with Stefani, and he’s apparently worried about being overshadowed by the former Sexiest Man Alive. A source says, “Gavin is trying very hard to parent alongside Gwen, but he wants to make it perfectly clear he is the father of their sons, not Blake.”

While he knows Stefani and Shelton are bigger stars, the source adds, that Rossdale refuses to allow his kids to forget him. He recently posted a photo on Instagram of himself with the children supposedly just to remind everyone, including them, that he’s their father. Rossdale apparently took exception to a comment Shelton made about the importance of being a stepdad.

Sources say Shelton’s openly trying to outman Rossdale, and he’s having none of it: “He’s fine being erased from Gwen’s history, but he won’t be erased from his kids’ past or their future.

Is Gwen Stefani Stuck In The Middle?

The only evidence the Enquirer can provide to back its absurd story is a photo of Rossdale with his children. It seriously expects you to believe that he took the photo to remind his own children that he exists. You certainly could not glean that from the photo or caption.

The outlet seems to be deliberately conflating how the public may feel about Rossdale with how his own children feel. His own kids simply are not going to forget about him. That would be like something from science fiction. Rossdale and Shelton have not publicly interacted in any way.

They awkwardly attended the same little league game, but that’s about it. He’s probably not the biggest fan of Stefani’s new partner, but that doesn’t mean he’s desperately trying to curry the favor of his children.

The Enquirer constantly targets Gwen Stefani and Blake Shelton with these sorts of stories. Last month, it claimed Miranda Lambert was furious with Shelton because he mocked her weight in private. He never really talks about his ex-wife, and the whole premise surrounding private comments was silly.

Before they tied the knot, the tabloid reported Shelton and Stefani had separated. Then, they were supposedly fighting over Shelton’s ranch. It’s just one thing after another, but Shelton and Stefani clearly are still in love. Rossdale and Shelton are going to be in Stefani’s children’s lives for years to come, and that’s impossible to forget.