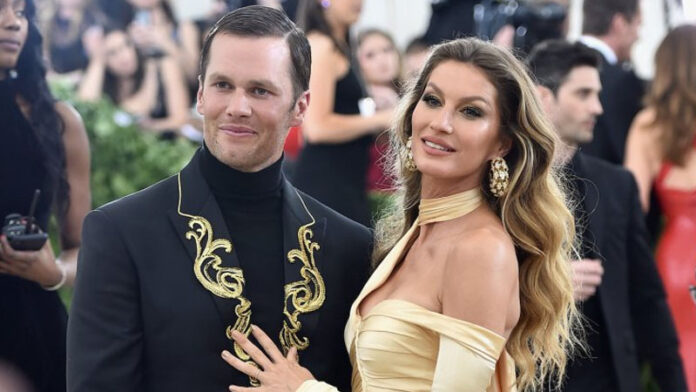 Are Tom Brady and Gisele Bündchen in crisis? With a new NFL season on the horizon, one report says Brady and Bündchen are on the precipice of a $600 million divorce. We’ve seen this rumor many times, but Brady did conspicuously unretire earlier this year. Is Bündchen really upset? Here’s what we know.

‘Fighting About Family And His Return To Football’

According to a cover story from Life & Style, Brady’s decision to unretire from the NFL after just 41 days at home may have cost him his marriage. Even though Brady says Bundchen was supportive, sources say “she went berserk” upon learning of the return. An insider calls any claims otherwise just for show. “She can’t understand why he’s putting football before their marriage again,” they say.

Fights are apparently mounting and the marriage is at a breaking point. “She put her life and career on hold so he could thrive, and she’s done doing it,” the source says. “He’s put himself first, and she’s had to make too many sacrifices. Friends are whispering that if he doesn’t take her threats seriously, it could lead to divorce.”

Compounding issues, the snitch adds, is nightmarish construction on their Miami home. Ultimately, should Brady decide to play until he’s 50, it could mean the end of the marriage. The insider concludes, “Tom needs to retire from football once and for all in order for the marriage to survive.”

How Is Gisele Bündchen Doing?

First of all, the sources in this story are boldly telling you not to trust Tom Brady himself. They say anything other than this story is unreliable and just a smokescreen hiding conflict. What a load of hooey: Brady knows Brady more than Life & Style knows Brady.

The outlet wants us to believe Bündchen is secretly extremely angry about Brady’s decision to unretire. If she was fine with him playing last year and every year before that, then she’s probably fine with this now. Brady leaving for months is part of the family’s routine. Brady just turned 45, and Bündchen marked the occasion with a touching Instagram post.

Bündchen writes, “You are so loved and we are always here cheering for you and wishing you all the most wonderful things in life!” We’re supposed to believe she’s writing this while actively discussing divorce? That sure feels unlikely. You can expect to see Bündchen in reserved boxes during Tampa Bay Buccaneers games because that’s where she always seems to be on game day.

Heard It All Before

Life & Style is the tabloid that cried divorce. For years now it has published stories about Brady breaking up his marriage for his unquenchable love of football. It already published this exact same story about Bündchen’s $600 million divorce caused by Brady’s refusal to retire. It publishes this same old divorce story every time the NFL is ready to kick off.

Most recently, this outlet announced Brady and Bundchen were fighting over his unretirement in April. They were apparently at a breaking point back then, yet they’re still together. This is the peak of laziness. Bündchen still loves and supports Brady, so Life & Style is wrong yet again.