Why Whoopi Goldberg Supposedly Refuses To Go On A Date Ever Again, According To Gossip 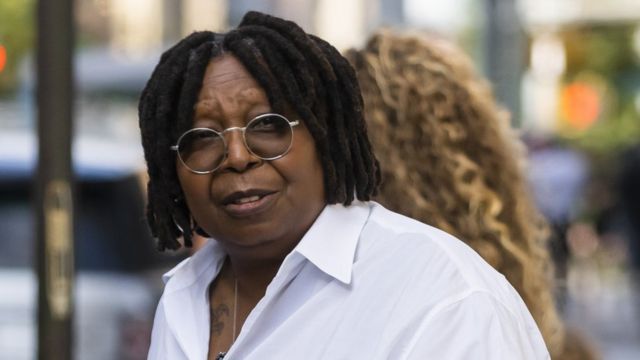 Is Whoopi Goldberg swearing off men? One tabloid claims the Sister Act star has found a new love that’s taking up most of her time. Let’s check in on the longtime View host.

This week’s edition of the Globe reports Whoopi Goldberg is done with dating. The actress has been vocal in the past about her love for cannabis edibles, but sources say it’s taken a real chunk out of her love life.

She had no shortage of high-profile relationships throughout her career, but the article insists that’s all in the past now. “She hasn’t been in a relationship in 18 years. Whoopi’s closed for business,” a tipster divulges. “She’s had no time for love because she’s got her work, and she wouldn’t go on a date now if her life depended on it.”

And yet, the source insists Goldberg doesn’t miss the dating scene. “Whoopi’s calmed down a lot since her scandal and health ordeals and just wants to go with the flow,” the insider spills. “She kicked cigarettes long ago but she’s still a firm believer in the benefits of weed and loves her CBD gummies and oils and lotions to relieve all those aches in her feet and hands.”

This alleged insider doesn’t know Whoopi Goldberg at all. First of all, it’s true that Goldberg used to own a cannabis business that sold all sorts of products, including edibles. But if the magazine had done its research it would have found out that edibles are not Goldberg’s first choice for reaping the benefits of THC.

Back in 2014, Goldberg wrote a column for The Cannabist titled “My vape pen and I, a love story.” In the article, Goldberg detailed her love for her THC vape pen, which she began using to help manage her glaucoma-induced headaches. Goldberg has been clear that she started using marijuana purely for medical reasons. So it’s absolutely ridiculous to suggest she’s somehow replaced dating with the drug.

Furthermore, this talk about Goldberg swearing off men is absolute nonsense. Back in October, Goldberg made it clear that she is still on the market. While she ruminated on the downside of dating younger men, she certainly expressed that she is indeed still dating. Clearly, Goldberg still isn’t giving up dating to cozy up with gummies like the magazine implied.

It’s no surprise that this story ended up being a total work of fiction. The Globe is constantly pushing misinformation about the Ghost actress. Last fall, the outlet claimed Goldberg’s health was in jeopardy after gaining weight.

Then the magazine reported Goldberg’s friends were worried about her “ballooning weight.” And most recently, the publication alleged Goldberg’s View co-hosts were scheming to get her fired. Obviously, the Globe doesn’t have any insight into Goldberg’s personal life.