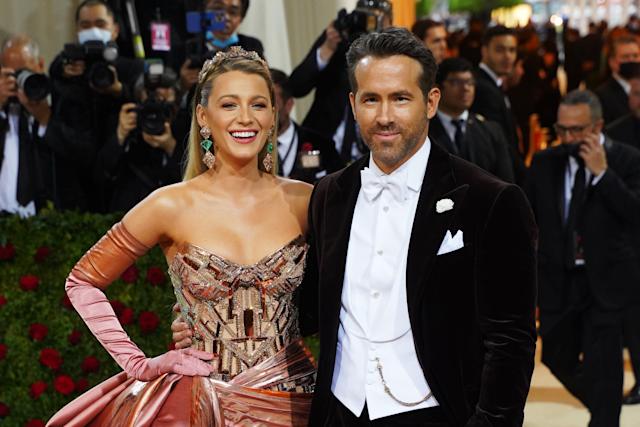 Blake Lively and Ryan Reynolds represent one of Hollywood’s favorite couples, not only known for their talent and individual popularity, but also for their sense of humor.

Apart from their on-screen characters, the two aren’t afraid to riff off or rib each other and even hilariously troll each other on social media.

The two are also parents to three daughters, with a fourth one on the way, which Blake announced on the red carpet in September.

Despite their extensive family, the two didn’t first meet till early 2010, when they worked on Green Lantern, which they co-starred in.

At the time, they were both in relationships with other people, with Blake in a three-year partnership with her former Gossip Girl co-star Penn Badgley.

Ryan, meanwhile, was married to actress Scarlett Johansson. The pair of stars were just friends, but the beginnings of a relationship first arose in 2011.

Their love story almost didn’t happen, though, as soon after becoming single, they tried setting each other up with other people.

The Deadpool star talked about how the two first realized they were meant to be together after going on a double date with separate dates, terming it “the most awkward date from their perspective.”

The two eventually started dating themselves and wed soon after in September of 2012 in South Carolina, followed by a second ceremony in their own home.

The couple have been incredibly supportive of each other in their many endeavors, whether it’s on the red carpet or with a variety of big projects.

yan even shared how Blake was the one who encouraged him to purchase the Wrexham FC team, saying she’s “actually more obsessed with Wrexham than I am.”

Blake and Ryan are raising their family in upstate New York; they bought the home in 2012, six months after they started dating. It has seven bedrooms and six bathrooms across over 11 acres of space, including an outdoor barn.