GamesChowkPolitical, Royal, Games and Health News
HomeNewsWhy Nicole Kidman and Keith Urban have a difficult rest of the...
News 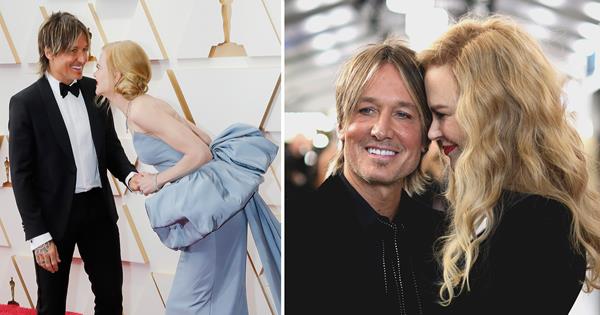 Keith Urban has been rocking the nation while on his The Speed of Now tour, making fans swoon over his new single Brown Eyes Baby.

The singer has been making a splash and living his true rock-star life as he spends his summer on the road, and while he may be having the time of his life, being away on tour also means having to be apart from his wife Nicole Kidman.

While fans of the two stars know the actress is nothing but supportive of her husband, often making appearances at his shows, the year is set to be tough for the two.

Not only has Keith been touring for the better part of the year, but he is in it for the long run, and not stopping anytime soon.

The country star is set to be away from home for the remainder of the year, as his very last tour date is on 17 December.

On the bright side, he is finishing up the tour in none other than in the couple’s home, with the very last performance being in Melbourne, Australia, and the prior ten will be all throughout the continent.

Plus, while Nicole is sure to be making some appearances alongside him as she tags along ever so often, she has a packed schedule herself as well.

The actress is coming off of several new project releases, including The Northman, Being the Ricardos, Nine Perfect Strangers, and Roar, and there’s plenty more in the works coming soon.

She is currently filming Expats, a television series for Amazon Prime Video which she is also producing. It is “a look at the personal and professional lives of a tight-knit group of expatriates living in Hong Kong,” and also features Anjelica Huston’s nephew and House of Gucci actor Jack Huston.

The mom-of-four is also set to appear in Aquaman and the Lost Kingdom, which stars Jason Momoa and has a 2023 release, as well as in an animated movie titled Spellbound, which follows “a teenager who comes of age using her magical powers to defend her family.”