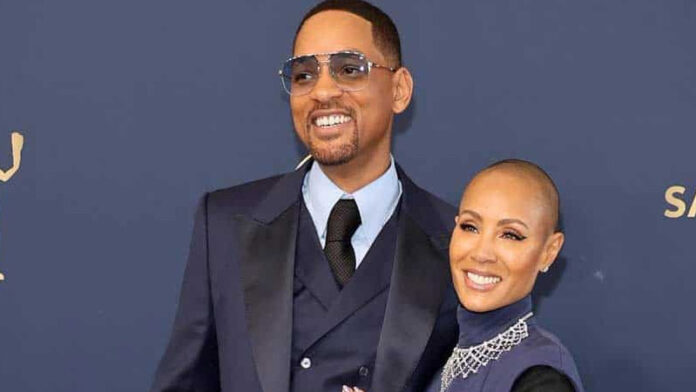 Will Smith paid extras on the set of his new film Emancipation out of his own pocket, according to the director Antoine Fuqua.

The Apple TV+ movie stars Smith as an enslaved man who escapes from a plantation in Louisiana, in the 1860s, and joins the Union Army during the Civil War.

It is based on the true story of a man called Gordon, of whom photographs of his bare back, scarred from whippings, were published worldwide in 1863. Their publication was a milestone in the abolitionist movement.

In a new interview, Fuqua said of Smith: “He was kind to everyone on the set. Will would go around and hug and shake hands – we had 300-something extras and military. Marines.

“He’s funny. He’s fun. We had certain extras that were the dead bodies in the graves, and he would go give them money for lying there in that heat of over 100 degrees.”

Speaking to Vanity Fair, he continued: “I have nothing but amazing things to say about Will Smith, really genuinely. You can ask anybody that worked on the movie, they’ll tell you the same. The nicest person I’ve ever met in my life.”

Emancipation is Smith’s first film since the actor struck presenter Chris Rock across the face at the 2022 Oscars after the comedian made a joke about his wife Jada Pinkett Smith’s baldness.

Following the incident – which occurred just before he received the Best Actor Oscar for King Richard – Smith resigned from the Academy. He also received a 10-year ban from the organization’s events.

Elsewhere in his interview, Fuqua shared his hope that audiences will move on from the Oscars slap and focus on Smith’s performance in the film and its message.

Emancipation is out in cinemas on 2 December and Apple TV+ on 9 December.