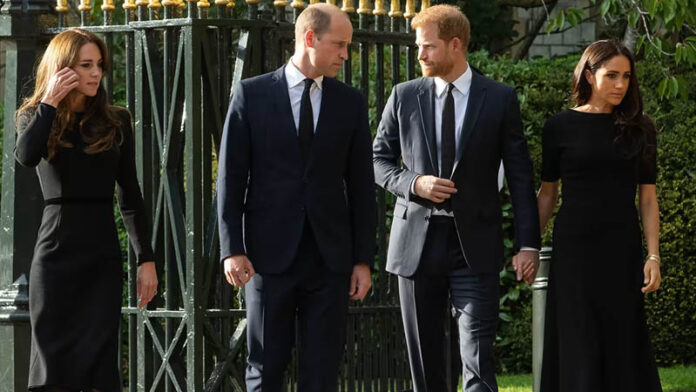 In his latest interview, Prince Harry revealed that he wants to reconcile with at least two family members. Meghan Markle‘s husband did an interview with ITV’s Tom Bradby to promote his upcoming book Spare.

During the sit-down, Prince Harry confessed that despite all the drama and infighting that had taken place, he wanted a relationship with his father, King Charles III, and his brother, Prince William.

He also revealed that while he wants to make peace with The King and the heir — they are not showing any signs of reconciliation at this time. Prince Harry shared: “They’ve shown absolutely no willingness to reconcile.”

A close friend of Prince William and Kate Middleton recently told The Daily Beast that the pair sees no path to reconciliation and blames Meghan Markle. The royal insider explained that Markle is viewed as the villain, the massive headache that destroyed the bond that existed between the brothers and Middleton.

The person familiar with the situation shared: “It’s hard to imagine how devastating the last three years have been for William. The brothers were so close, and they had such an incredible bond. It’s impossible really to express what a massive, terrible, ongoing headache this has been for William in the past few years. The family blames Meghan for it all, really. They absolutely f*cking hate her, basically. It’s a huge disaster.”

The pal revealed that King Charles was not present for Prince Harry and Prince William after the death of their mother, Prince Diana. Therefore, they relied on each other, and then Markle and her grandiose and freedom-fighter ways came along.

The source stated: “Growing up, the brothers were so close. Harry would do anything to be with William. They lost their mum, and their dad was really disengaged, so they had this incredible, incredible bond. Everyone knew it.”

The family friend gave more dark and ugly details about Prince William’s hatred for Markle by saying: “And then Meghan came along. Everyone warned him off her, but he wouldn’t listen, and she just ripped him away. The bond is gone, completely gone, and this film is just the latest betrayal. William really, really, really hates both of them now.

It’s really toxic and destructive for all of them. At the end of the day, they are a family, and their whole family life has been ruined by Meghan. You can’t imagine how bad it really is.” Prince Harry is set to destroy his brother in Spare, and Middleton’s reputation will take a hit.